A Weighing Matter- RedRock Stonewool More Stonewool for the Buck

When stonewool came on the scene for horticulture as a growing media, it was seen as a solution to traditional methods and opened the doors to other opportunities such as hydroponics. This was in the 1970’s and stonewool is still a top growing media for crops in the commercial horticulture industry especially in the hydroponic and aquaponic sectors. Stonewool boasts many benefits and has proven its worth in the industry as a media with excellent plant support. With this popularity, there have been many companies that got into manufacturing these products. A grower has many avenues to take when selecting stonewool products, a grower could be led down the wrong path and get subpar products or those that do not create a growing space conducive to good growth.

Stonewool- An Industry Favorite Since the 70’s 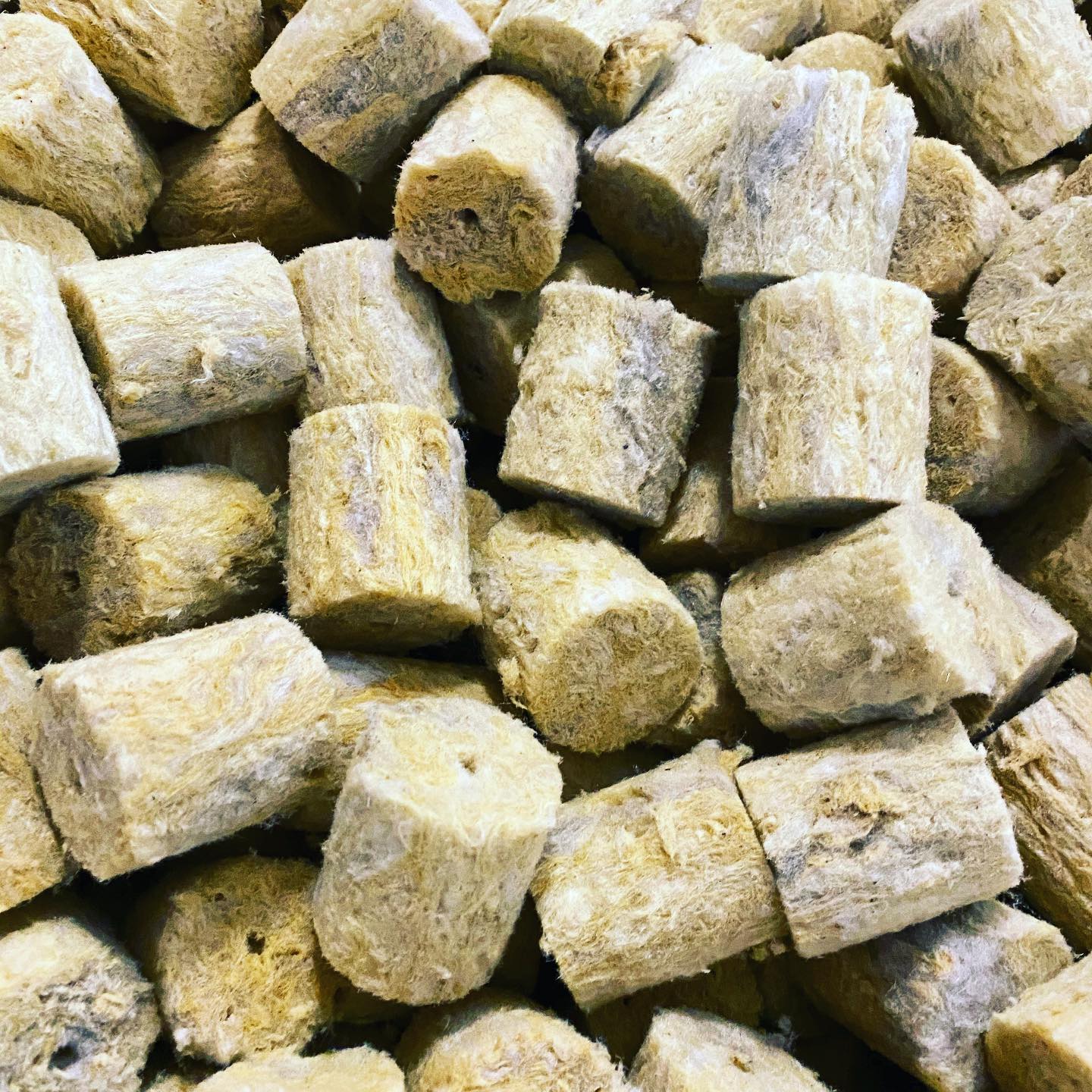 Stonewool is an organic material that has its origins in the construction trade. This material is used as an insulation product and in the 1970’s scientists began research into non-traditional materials for growing crops that could improve production and reduce the strain of soil based practices. Through extensive research, it was found that stonewool with some slight modifications was perfect for growing crops. This material for horticulture production is manufactured through the melting of basalt rock into a liquid form to be stretched into thin fibers that can be pressed and shaped into growing structures such as plugs, cubes, blocks, and slabs. There are other forms of wool materials such as mineral wool that are made the same way, however, they are made with different ingredients.

Stonewool has many benefits that set it apart from other medias both traditional and non-traditional that make it a go to source for growing crops. In the hydroponic industry, stone wool has many advantages that make it a go to choice for the majority of commercial operations. As the material is made from molten rock and spun into plastic wrappings, this material is sterile and free of harmful pathogens such as pests, disease, and seeds from unwanted plants. Well-known brands that have been built on standards and are trusted by industry professionals such as RedRock Block, have blocks that resist decomposition and can be reused for many growing seasons unlike many other substrates used in the industry that last only one growing season. Stone wool maintains its overall physical properties over time and over multiple growing seasons. This material is light-weight and easier to handle and shift into place until it is irrigated and filled with water- then it provides a perfectly stable environment for the plant to grow. 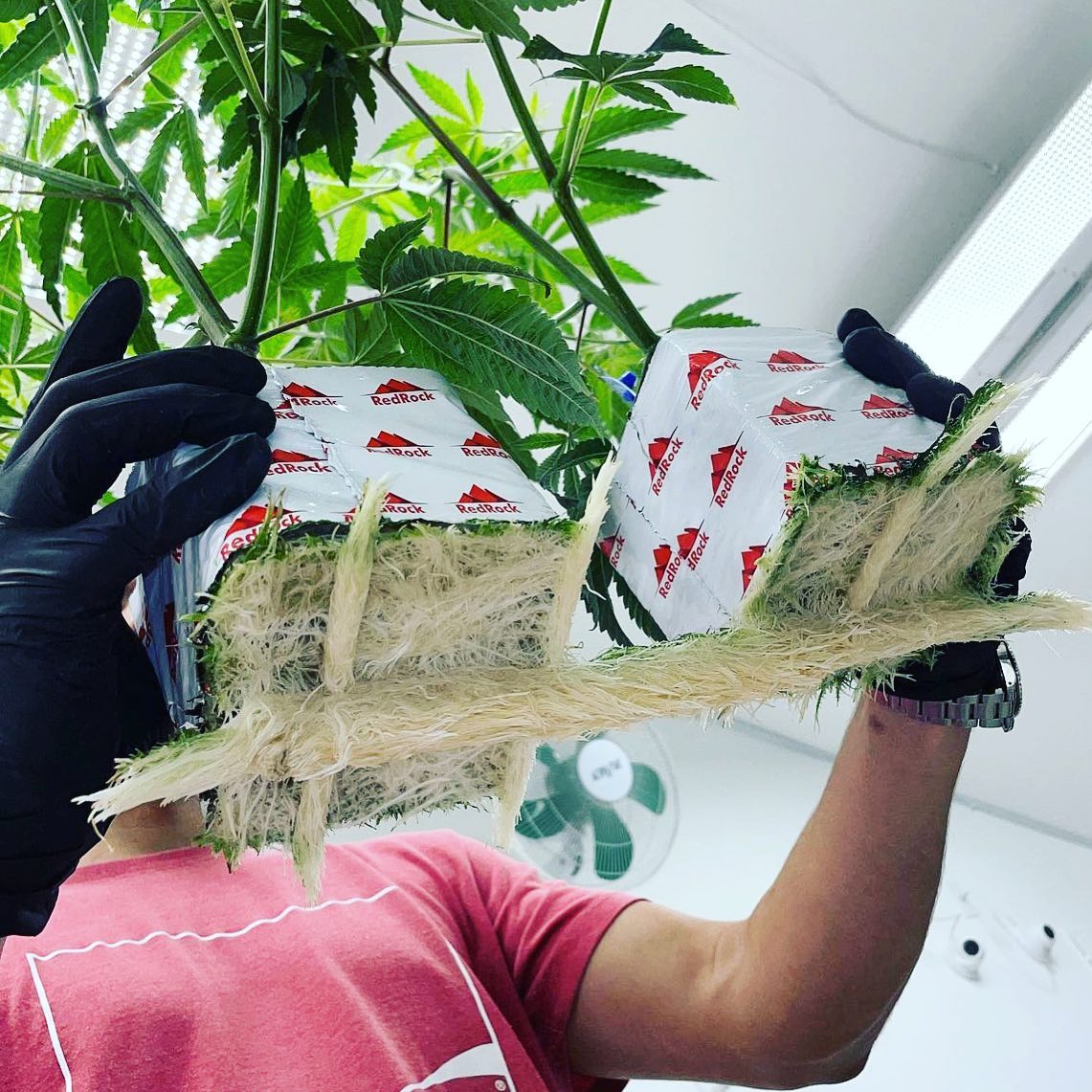 Just as a card player has a tell for a hand being good or bad, stonewool has a very obvious tell on the quality of the stonewool it is made up of. One sure fire method of checking the quality of stonewool and the amount of the material in the cubes or growing structures is through  weight test with water. Stonewool products that are dense and packed well have the ability to maintain adequate water levels and still maintain dry back for happy roots. A stonewool product that has a lower weight when tested typically has less water being retained and less ability for optimum dry-back. A grower needs to have a goldilocks approach with stonewool and have not too much or too little water so that it is just the right level of aerability.

RedRock has conducted extensive testing on their stonewool products and have compared them to other leading competitors on the market. When tested, RedRock Block products showed a higher “dry” weight compared to the other stonewool grow media products. This means that more water is being held on to for optimum watering and dry back levels, more nutrient uptake, and more oxygen flowing to the root zone. 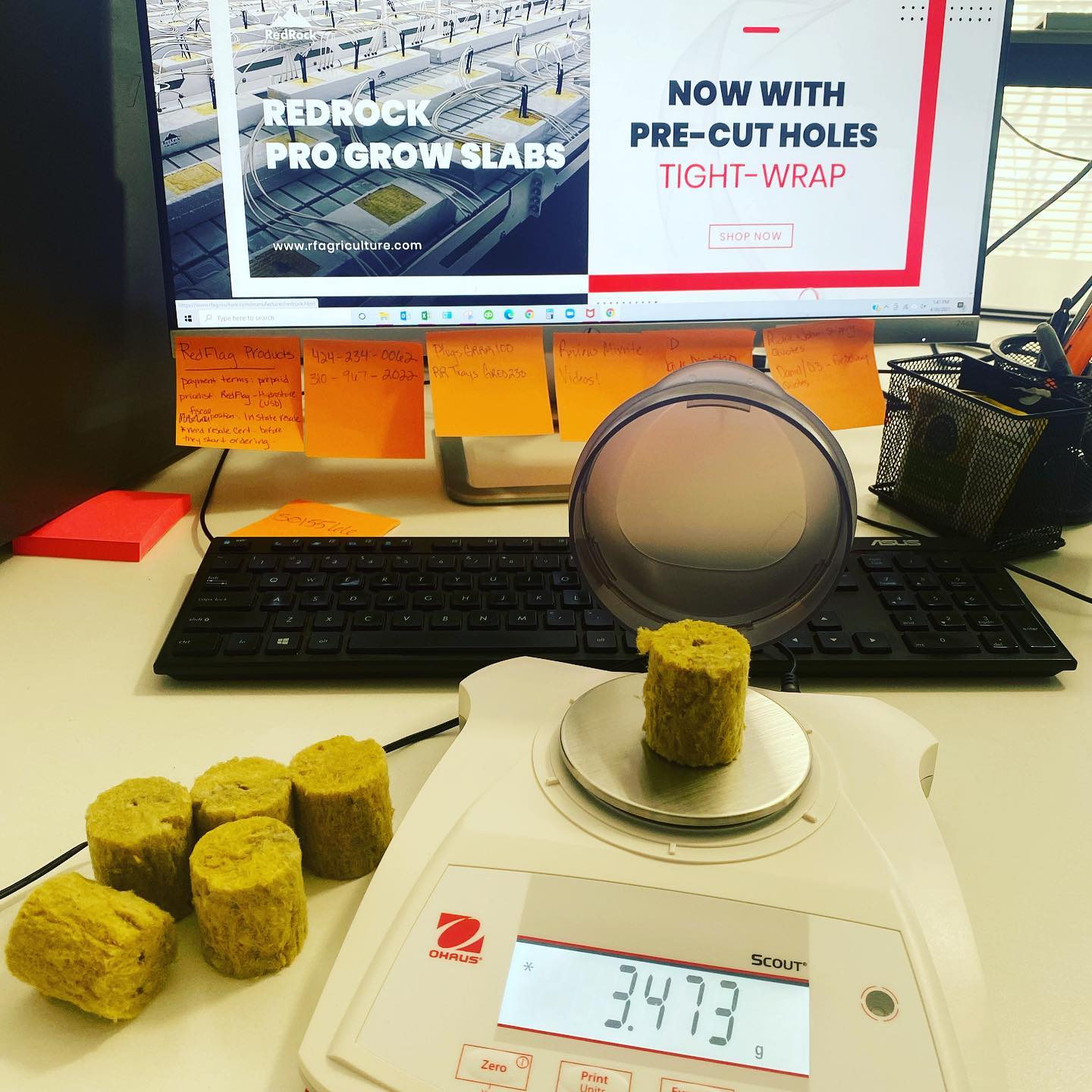 When testing the starter plugs, all media was started out as dry before testing. The initial measurement of a dry starter plug was approximately 3 grams. Water was added to the plugs until the media was saturated and water began to leave the plugs. After waiting a few minutes, the plugs were set on a tared scale and measured on their weight. It was found that the Red Rock plugs held significantly less water than leading competitors, up to ten times the weight of the dry starter plug. Leading competitors starter plugs weighed almost twice as much as RedRock Block’s premium starter plugs under the same testing conditions. Meaning RedRock Block’s products were designed to function so that plant roots have optimal access to water, plant nutrients, and have the ability to breathe without constantly being too dry or being too wet or flooded.

The above test is one of the many examples of RedRock blocks excellent qualities. For more information on RedRock products reach out to one of the expert staff with decades of combined in-industry experience. With commercial horticulture, it is important to use trusted and tested products that are known to perform well during a growing season to avoid unnecessary surprises down the road.